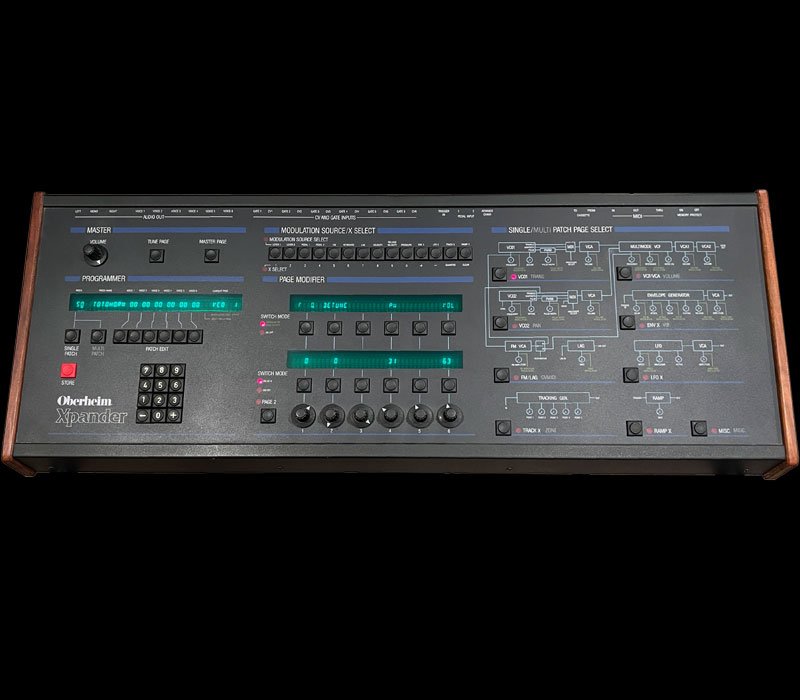 While other companies in the mid-80s moved toward all-digital synths, Oberheim’s next instrument remained mainly analog, with the power of digital control. The Xpander was released in 1984, and still stands as one of the most flexible synthesizers of all time. This six-voice multi-timbral polysynth set out to recreate the patchability of earlier modular synths while retaining the lush analog sound Oberheim was known for. Each voice of the Xpander had two VCOs each with a dedicated level VCA and waveshape mixing, a 15-mode filter, two output VCAs, seven-position panning control, five LFOs, five envelope generators, a lag processor, four ramp generators, and three tracking generators. Individual presets could be stored in one of 100 locations (Single patches), and independently assigned to each voice with versatile split and layering capabilities into 100 addition locations (Multi patches). The first Oberheim synth designed for full MIDI integration, the Xpander provided more MIDI control than any other synth of its era, including velocity, release velocity, mono and poly aftertouch, with assignable MIDI channel per voice. In addition to MIDI the Xpander could be controlled via six dedicated CV and Gate inputs.