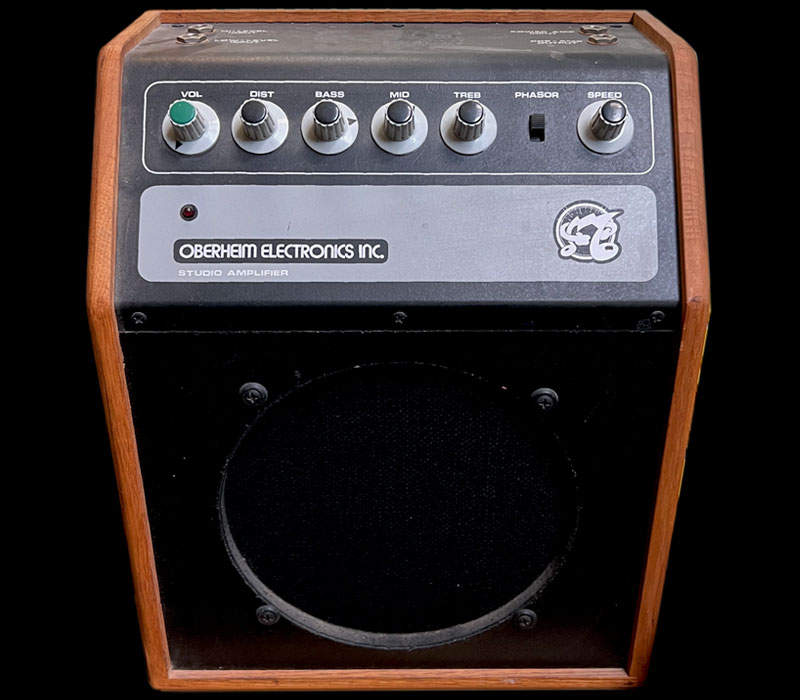 This simple studio amp powered an 8” speaker with about 10 watts of solid-state power plus a distortion circuit. In most models it also included the six-stage phase shifter circuit from the Tom Oberheim-designed Maestro Phase Shifter (a few were built without the Phasor on/off switch and Speed knob).

The Studio Amp became a favorite practice amp for guitarist Rory Gallagher, with his serial #3 unit selling at a charity auction for a purported 7,000 Euros.