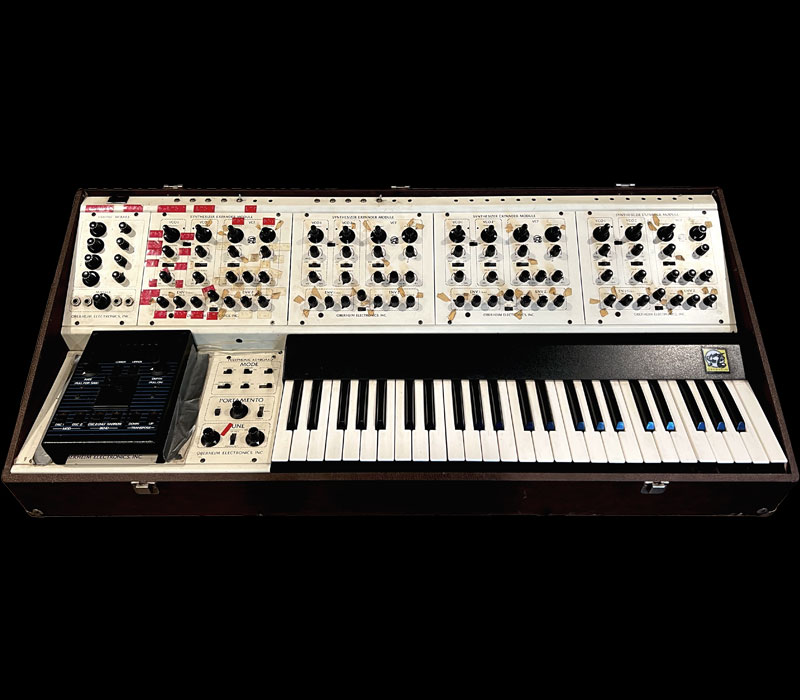 The prototype Oberheim Four Voice was first shown publicly at the Summer NAMM show in Chicago in 1975. Shortly thereafter Tom was invited to bring it down to the studio where Stevie Wonder was recording. Tom set up the synth and Stevie played it, and Stevie bought it on the spot. That was the last Tom had seen of his original prototype until 2022, when it was discovered that it is currently owned by music producer/synthesist Bruce Lowe. Bruce worked with Stevie Wonder in the ‘70s and ‘80s, during which this four voice was utilized on several recordings. Bruce collaborated with Craig Lewis (an Oberheim engineer at the time) in the early ’80s to add the OB-Xa’s pitch and mod levers to the four voice to give Stevie greater expressivity. Later, Stevie gave this four voice to Bruce in exchange for some of the work he had done. The braille stickers that Stevie used to operate it remain on the unit to this day.