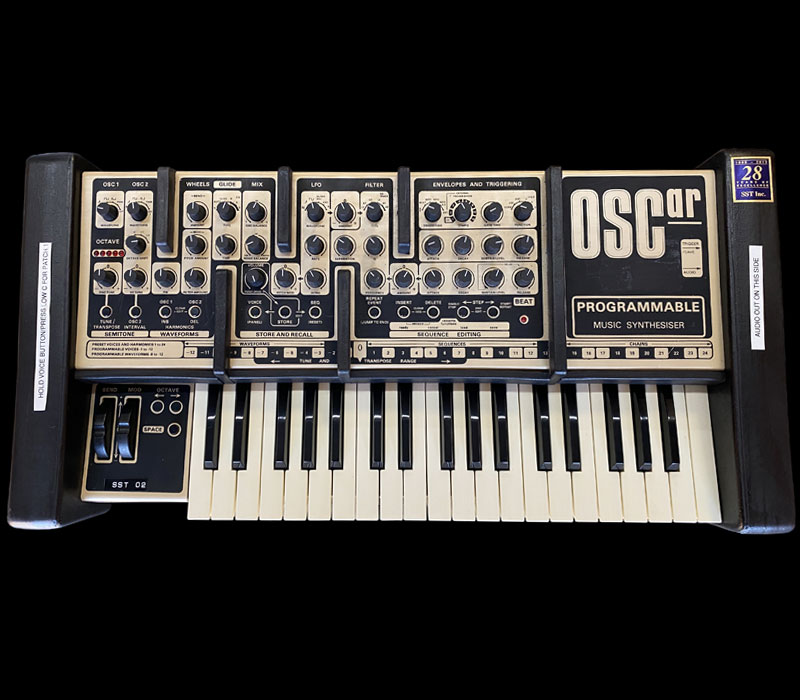 The OSCar was a synthesizer manufactured by the Oxford Synthesiser Company from 1983 to 1985 and at the time, it was a synth that was ahead of its time in several ways and its later versions were among the few mono-synths to have MIDI. Only 2000 or so OSCar’s were built and sold even though it one of the more advanced programmable mono-synths of its time. It's got a really cool sound and it has digitally controlled dual oscillators with analog filters and it is packed with plenty of programmability and it featured a small keyboard with only 37 keys, which made it easy to transport and the plastic case made it light. The OSCar sound is derived from its two DCO's and while it is a monophonic synth, you can also achieve duophonic capability when using just one of the oscillators per voice. For waveforms, the OSCar has sawtooth, triangle, and square, variable, and modulated-pulse waveforms. In addition to these analog waveforms, there's an additive-synthesis function allowing you to create your own custom waveforms by simply mixing the amplitudes of any of its 24 harmonics using the keyboard. Up to 24 of these custom waves can be stored and used with either oscillator.

The OSCar really shines in the filter section as it has two 12dB/oct filters which can be linked for a steeper 24dB/oct slope. It features switchable lowpass, highpass and bandpass filtering and your basic frequency cutoff and resonance type of controls. The filter has its own ADSR envelope as well and a second ADSR envelope controls the amplifier section. Also, the filter can be modulated by the LFO and the LFO offers triangle, sawtooth, square, and other wave shapes and can also be used to modulate the amp, pitch, or pulse-width. There's even a sample-and-hold function. You got to check out this sweet little sound machine!