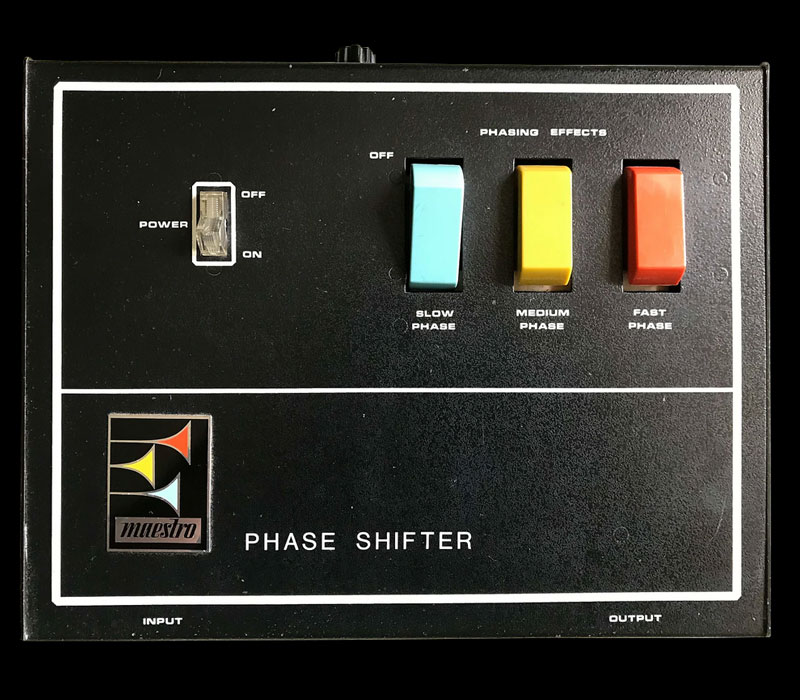 Tom became interested in the sound of the Leslie rotating speaker which was starting to be used in pop songs as more than just an organ speaker. His experimentation led him to "phase shift" circuits that at first did not do an accurate simulation of the Leslies but allowed creation of some interesting sound-modifications. He designed a product that created this effect which became known as the Maestro PS-1 Phase Shifter. The device was one of the first phasor devices on the market and became one of Oberheim’s best-selling products. The device used a 6-stage phasor design.