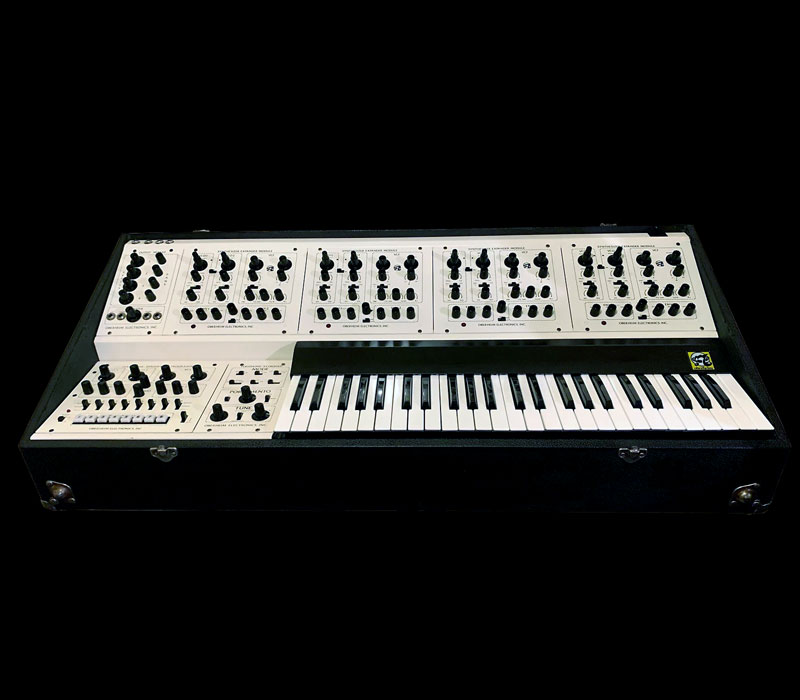 The Oberheim Four Voice was the first commercially available polyphonic synthesizer. By utilizing multiple SEMs and a digital scanning keyboard, this instrument allowed the musician to play up to four keys at a time, where each key controlled a complete, true analog synthesizer. Each voice was completely independent and could be programmed to have the same setting or different settings, which allowed creation of massive, realistic orchestral sounds. The assignment of key depressions to SEM voices was controlled by selecting different modes in the keyboard electronics section of the instrument. This allowed both polyphonic operation, as well as having all SEMs play together in unison. Another unique feature of the keyboard electronics was the ability to select true, polyphonic portamento. To enhance the musician's ability to change the overall sound of the instrument, the patented Polyphonic Synthesizer Programmer was also available. Additional features included the ability to control the output level and left-to-right panning of each SEM in order to create a powerful stereo sound field, and cassette interface for storing different settings.