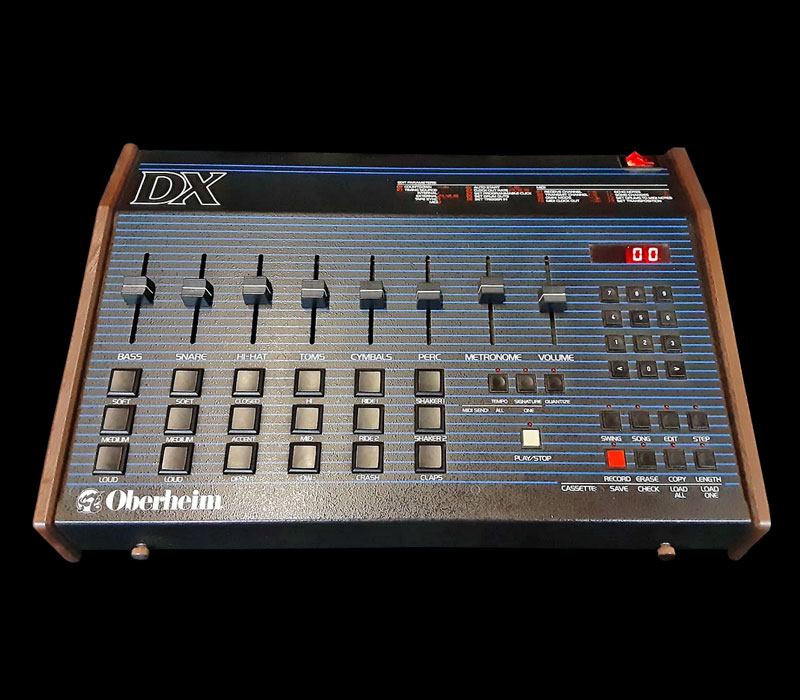 The DX was released in 1982 as an affordable alternative to the DMX. It featured 18 drum sounds with 6-voice polyphony and used a similar voice architecture to the DMX except with the six voices contained on a single board and sound changes being possible via replaceable EPROMs. Like the DMX, users could tune and mix each drum voice. It could store 100 sequences and 50 songs in 8K of memory. The DX only had 6 faders and triggers on its front panel instead of the 8 of the DMX. Factory MIDI was later added on the DXa. The DX would later be able to interface with the Stretch for an addition 4 voices and MIDI functionality.