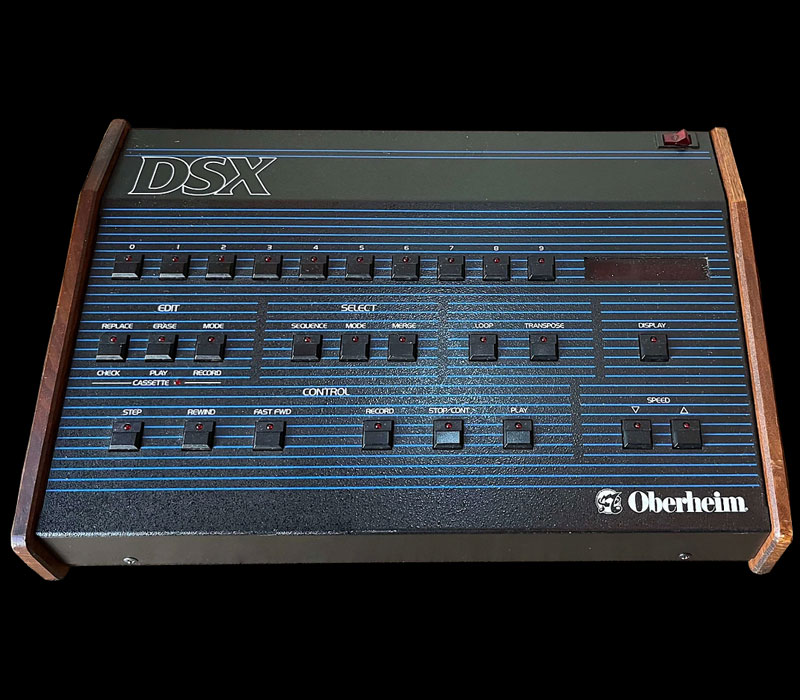 The DSX was a 16-voice polyphonic digital sequencer designed for integration within the Oberheim System. Capable of storing 10 10-track sequences with 6,000 steps, the DSX was a powerful digital sequencer for its time and expanded the functionality of the Oberheim line. Introduced before the existence of MIDI, the DSX could be connected to an OB-X (later models), OB-Xa, OB-SX, or OB-8 (introduced later) via a 37-pin computer interface cable. In addition to the eight voices of the connected OB synth the DSX could control up to eight additional voices via dedicated CV and Gate outputs. The DSX was the first real-time sequencer with quantizing capability, and when synchronized with a DMX (via a 1/4" cable) and an OB synth became the heart of “The System” which spawned many hit records in the ‘80s.