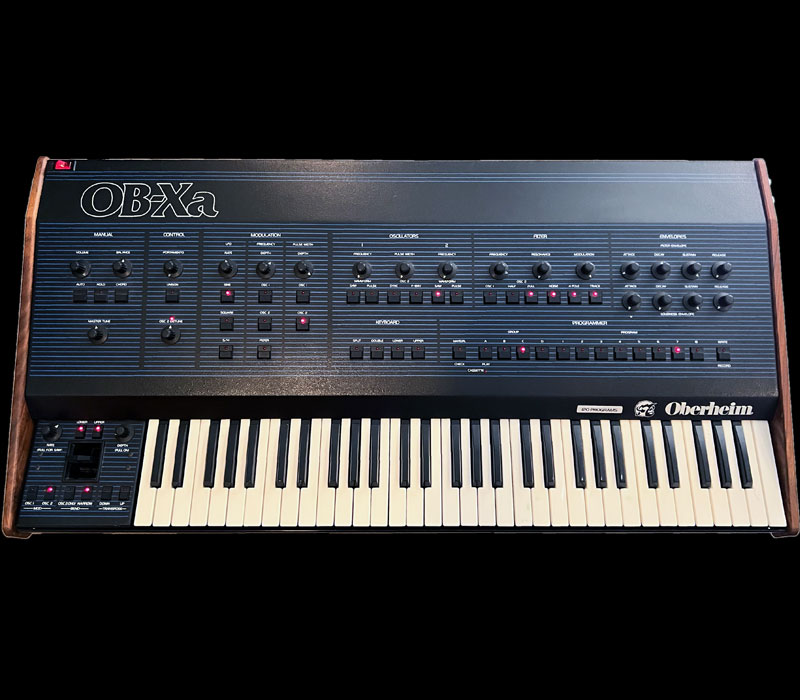 The OB-Xa was the successor to the OB-X and represented a major change in the internal voice circuitry as well as its external look, being the first Oberheim synth to feature the now-iconic blue lines on the panel. While the circuitry in the OB-X was based on the classic SEM design, the OB-Xa voice circuitry was based on the Curtis family of synthesizer chips, similar to the OB-SX. In addition to adding increased reliability and serviceability, a 4-pole filter was added. Available in 4, 6, and 8-voice versions, most OB-Xa units contained 8 voices in order to take full advantage of its new programmable split and layer bi-timbral capabilities. Originally shipping with 32 preset memory locations, later OB-Xa models were expanded to feature 120 programs.