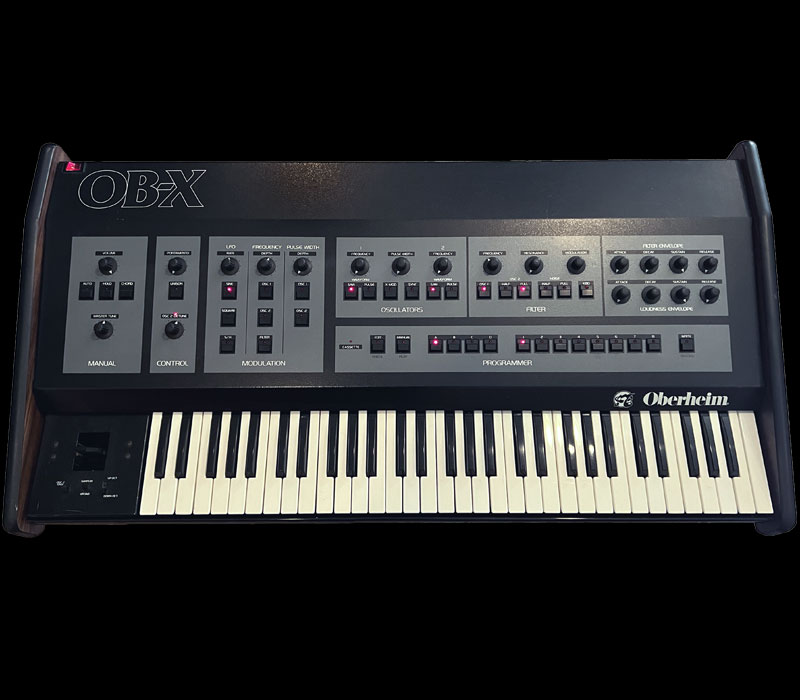 The OB-X was the first polyphonic, fully programmable Oberheim synthesizer. The instrument was available in 4-, 6-, & 8-voice versions and was based on SEM circuitry. The instrument retained polyphonic portamento from the 4-voice and added polyphonic sample/hold, included an enhanced LFO, unison chord/hold feature, cross-modulation, as well as stereo and mono outputs. Paddle pitch and modulation levers were introduced on the OB-X. A cassette interface was built-in for saving preset sounds to tape.