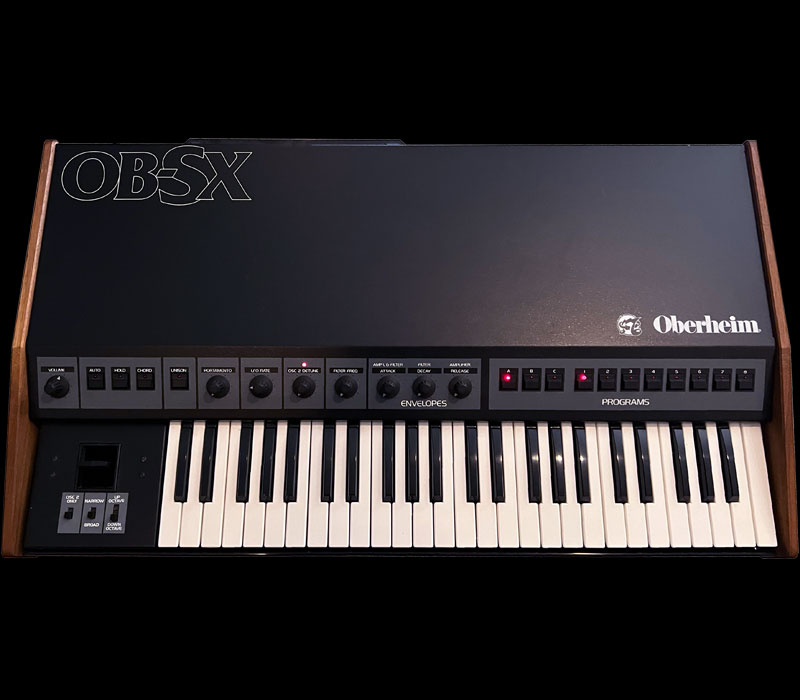 The OB-SX was a smaller, preset-based version of the OB-X. It was available in four, five, or six voice configurations. It originally featured 24 presets and had black/gray/white front panel graphics similar to the OB-X. Later units were equipped with 56 presets and were cosmetically upgraded to contain blue-line graphics similar to the OB-Xa. Due to its initial look it is commonly assumed that the OB-SX shared the same SEM-based voice design as the OB-X, however the OB-SX was the first Oberheim voice design to utilize Curtis chips for the VCOs (CEM3340) and VCFs (CEM3320).