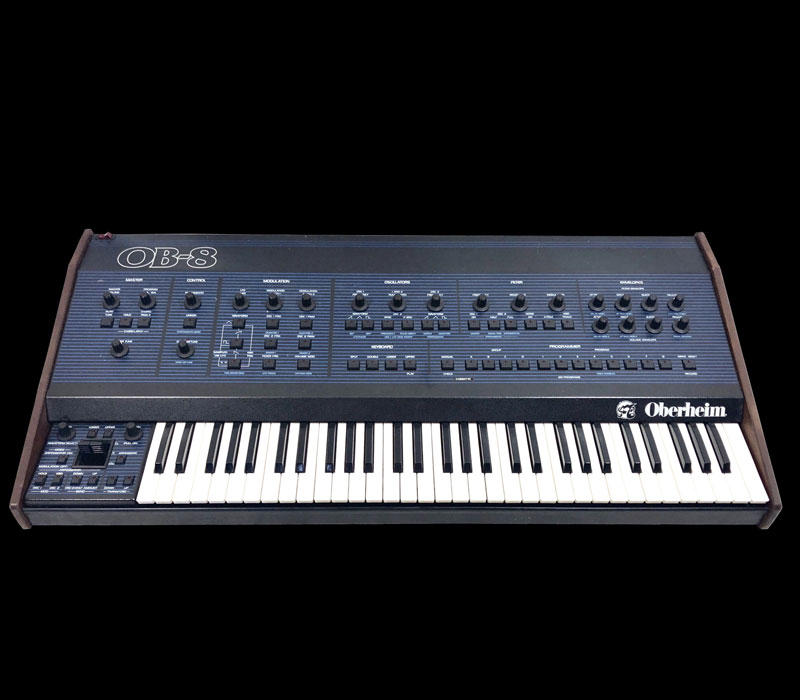 The last of the OB series, the Oberheim OB-8 was a powerful eight voice analog polyphonic synthesizer. The fully programmable OB-8 could store 120 patches, had a polyphonic arpeggiator, and was bi-timbral with various split and layer options. One of the unique characteristics of the OB-8 was its innovative Page 2 functionality: a microprocessor-driven feature that enabled users to access a completely new set of functions using the same set of front-panel controls. This design allowed for greatly expanded modulation capabilities. The Page 2 features were screened on the front panel in light blue on most OB-8 units (early units had Page 2 features, but not the screening). Equipped with Oberheim digital Interface bus, the OB-8 became the centerpiece of the last version of the Oberheim System when connected to the DMX and DSX. Introduced just before the adoption of the MIDI standard, later OB-8 models included MIDI functionality.