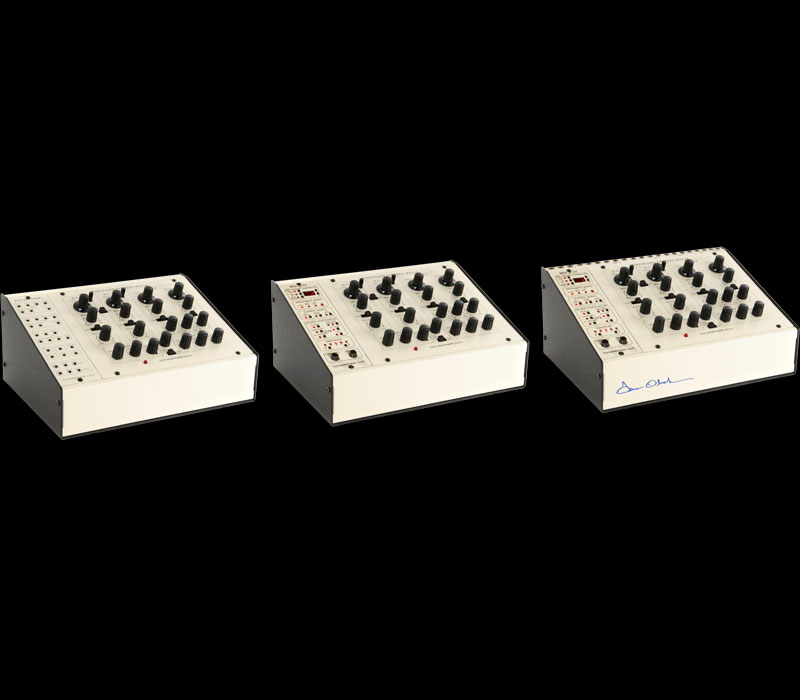 Tom reissued the synth that started it all, the Synthesizer Expander Module, in 2009, and it was the first official synthesizer to carry Tom Oberheim's name in over a decade. The new SEM used nearly the same circuitry as the original, retaining the original sound and the internal modular patch-point capabilities. It used the same multimode VCF and voice architecture that fans knew and loved from 35 years prior. New to this generation of SEM was the addition of 33 connection points on a patch panel for interfacing with Eurorack modular synths.

In 2010 the new SEM was modernized further with the addition of a MIDI-to-CV section that made interfacing to MIDI gear and computers much easier. In addition to pitch control, other modulation sources could be routed from MIDI, and an audio input preamp circuit allowed for external audio signals to be processed through the SEM filter.

The next SEM combined the best of the Patch Panel and MIDI-to-CV versions and was called the SEM Pro. It included 21 patch points, an audio preamp, portamento, filter tracking, various assignment modes, LFO retriggering, transposition, and a MIDI to CV interface.