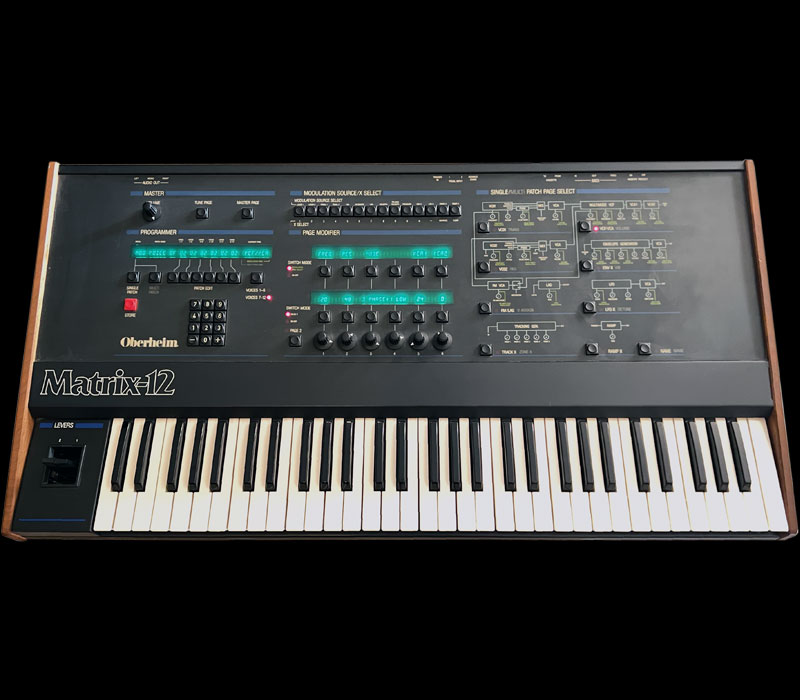 Released in 1985, the Matrix-12 put two Xpanders in an integrated unit along with Oberheim’s first velocity (and release velocity) keyboard. The result was a 12-voice digitally controlled analog synth with a 61-note keyboard. Like the Xpander, the Matrix-12 had a whopping 47 modulation destinations and 27 modulation sources. Just like modular synths, users could create dense patches, but now for a polyphonic synth with a keyboard. The Matrix-12 was capable of lush, complex sounds and remains one of the most beloved synthesizers of the last 40 years.