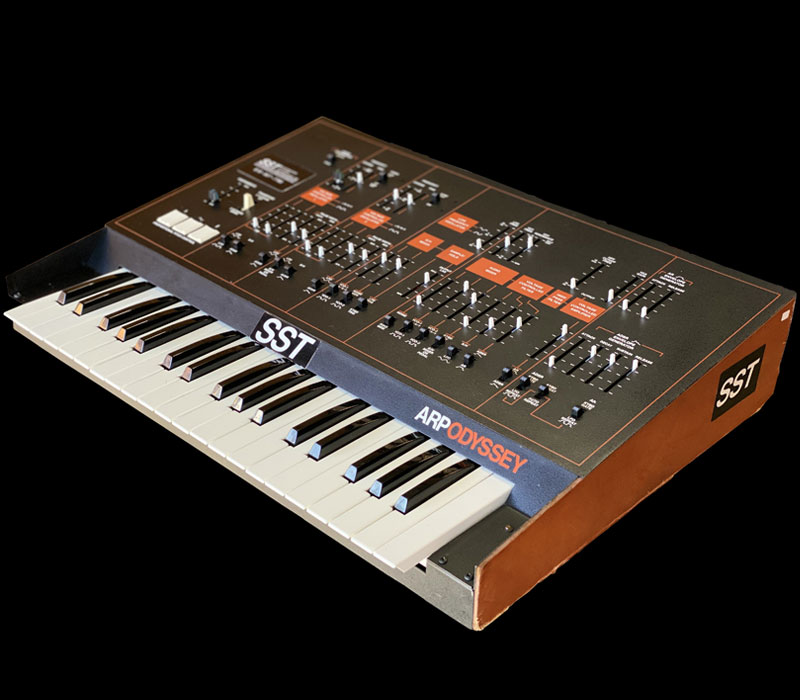 We all know that the Minimoog was a runaway success as the first compact studio synthesizer and soon afterwards ARP responded with their Odyssey in 1972. The Odyssey quickly became a legendary machine and it was ARP's highest selling synth back then. The Odyssey was essentially a simplified hard-wired ARP 2600, but in a much smaller and affordable package. The Arp Odyssey is a 2-oscillator analog synth which has duo-phonic capability and it sounded really sweet and different from a Minimoog. The Odyssey is equipped with all the tweakable features and analog goodness you'd expect, including resonant low pass filter, ADSR envelopes, sine or square wave LFO, and a sample-and-hold function. The Odyssey also came with some new features like a high pass filter that could be used in series with the low pass, oscillator-sync capability, and pulse-width modulation. The Odyssey was also great for making really nice analog basses, interesting lead sounds, great effects and sweeping sounds straight out of a Tangerine Dream album!

There were several versions of the Odyssey over the years and each one was a little different. Over its long history the Arp Odyssey have been used by so many artist such as: ABBA, Ultravox, Gary Numan, Air, Tangerine Dream, 808 State, Apollo 440, Nine Inch Nails, Astral Projection, Chick Corea, George Duke, John Foxx, Vangelis, Elton John, Jethro Tull, Jimmy Edgar, DEVO, Boz Scaggz, The Starship, Kansas, Jean-Luc Ponty, R.E.M. and Herbie Hancock to name a few.