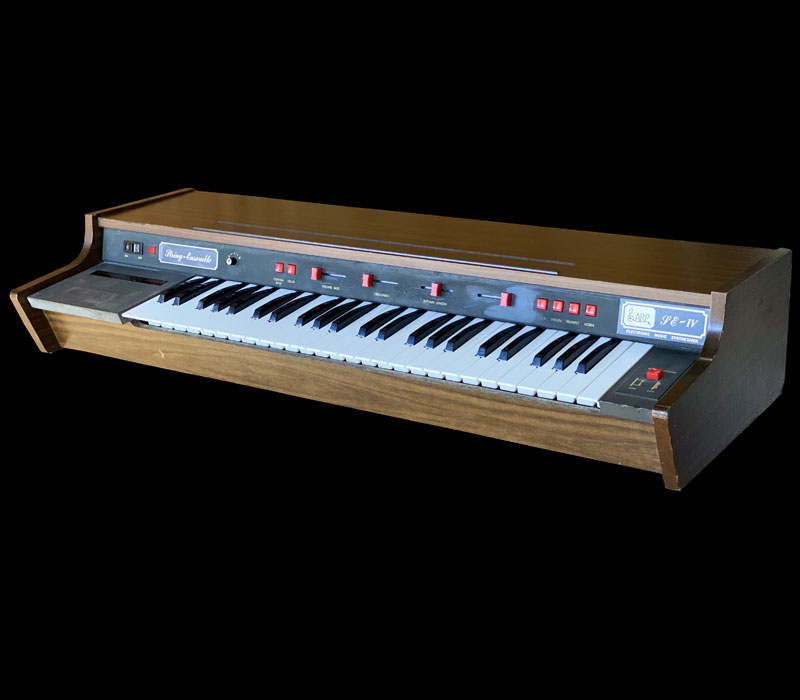 The Solina String Ensemble was the sound of the late 1970's disco era. The Solina is a multi-orchestral machine with Violin, Viola, Trumpet, Horn, Cello and Contra-Bass sounds and these sounds could be played individually or layer together via individual on/off switches for each sound. This provided you with a wider variety of ensemble configurations. The Cello and Contra-Bass sounds are both monophonic and were played only on the lower 20 keys of the keyboard. The other four sounds were polyphonic, and they can be played across the entire length of the keyboard. My themselves, the sounds are quite unrealistic and not particularly useable. but when combined as an ensemble, and especially with the Chorus effect engaged, the resulting string sound was lush and shimmery.