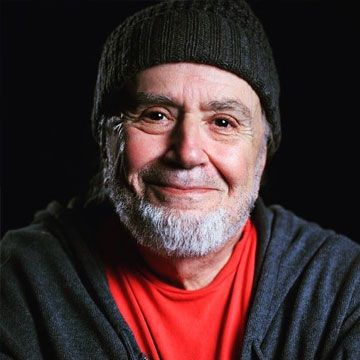 Robert Margouleff is a Grammy Award-winning American Record producer, recording engineer, an electronic music pioneer, audio expert, and film producer. Margouleff’s work has always been on the innovative edge of art and technology. He is one of the creators of Tonto's Expanding Headband which brought the synthesizer to Stevie Wonder and pop music.

Most noted for his work with electronic music synthesizer programming for Stevie Wonder, he co-produced and co-engineered Music of My Mind, Talking Book, Innervisions, and Fulfillingness, now known as Wonder's classic period. He is also noted for his production of Devo's landmark album Freedom of Choice featuring the hit single Whip It.

He is currently pioneering the use of immersive audio for music and picture in all immersive formats, emphasizing how headphones are changing the sound of music.

Now with collaborator Zeus, he has brought a younger experienced producer, songwriter, and engineer, who brings the know how to create, rearrange, mix, and master various modern genres and styles to make a great product, and a refreshing view of contemporary pop music.

The Laptop as a musical instrument and how headphones define how we write music in today’s world.