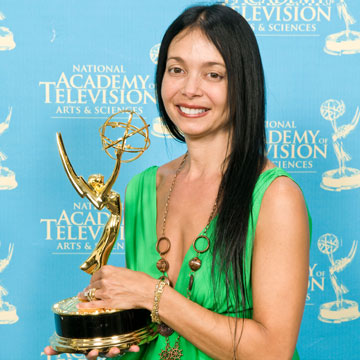 Song "GET OVER YOURSELF" Eden's Crush, WBS Records included on Billboard's top 100 GIRL GROUP SONGS OF All Time!

Michèle is an Emmy Winning, #1 hit music producer/Music Arranger/ Songwriter, Music Publisher who composes (both music & lyrics) and produces- arrangers for artists/ films/television / ads/ promos/ games, etc. She has had numerous hit songs and cuts all over the world as well as over 5000 music placements. Her music can be heard on radio & television every day - 7 days a week/365 days a year.

In addition Michèle serves the music community on many boards, speaks at many events gives her signature course called FROM SONG TO SYNC..AND MORE to help educate assist others in achieving their dreams.

Session: Session: FROM SONG TO SYNC...AND MORE - UNLOCKING THE MYSTERIES OF SONG PITCHING

Michèle will be giving a discussion and Q&A on the key points of the important elements needed for good song pitching for synchronization and pitching to artists as well.