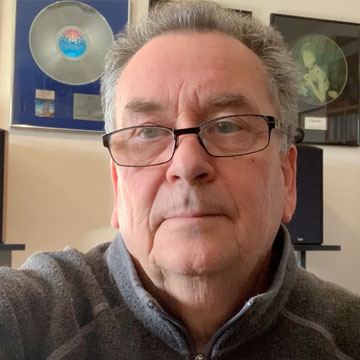 In a career spanning almost 50 years, Julian Colbeck has worked as a keyboard player, songwriter and producer, touring and recording with Yes, Steve Hackett, Charlie and John Miles. Julian has authored a dozen books on music/music technology including the Keyfax books and 2014’s Art & Science Of Sound Recording with Alan Parsons. Julian has scripted and produced over 100 videos for Yamaha, Universal Audio, Casio, and EastWest, created the award-winning website Motifator.com and co-authored Alan Parsons' ASSR Music Production syllabus used by music production and audio engineering schools all over the world, including Full Sail. A self-administered online version of the course The Fundamentals of Recording & Music Production was launched on the Teachable platform in 2021 artandscienceofsound.com. Julian also works as an independent songwriter and producer; a recent Colbeck song, Give ‘Em My Love, co-written with American Idol star James Durbin, appearing on Alan Parsons’ latest album in 2022 From The New World.

Julian is Synthplex's official emcee for 2022. He will be introducing many of the presenters and musicians throughout the weekend.