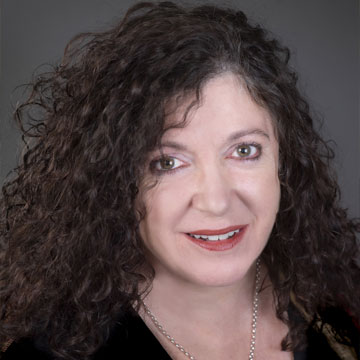 Dina is the only child of Alan and Buena Pearlman and grew up with ARP Synthesizers as a backdrop for her childhood, traveling extensively and being exposed to innovative technology, all styles of music and printed circuits. In her early years she spent time playing in rock and roll bands, as well as performing both dance and theater. For the past thirty years she has worked as a versatile visual arts and design professional, creative director, and educator in photography, graphic and web design.

In the last few years before his illness, Alan Pearlman started to re-examine the brave new world of synthesizers that exists today, many decades after his iconic and groundbreaking 12 years as the inventor and founder of ARP Synthesizers. During this time, he brought his daughter into the conversation. After his death in January 2019, Dina realized that there was a need to keep his legacy and passion alive, and with the help and encouragement of many of his former colleagues and friends, she started the Alan R. Pearlman Foundation and ARP Archives.

Initially conceived for educational purposes, ARP Synthesizers were—for many musicians—their first experience with synthesizers. Who was the inventor and the man behind the company of such iconic instruments like the 2600 and Odyssey? Little was known about the man, though users of his instruments made some of the most famous sounds ever heard. Dina will present a multi-media story about her father, Alan R. Pearlman and why his story is so relevant nearly a hundred years after his birth.