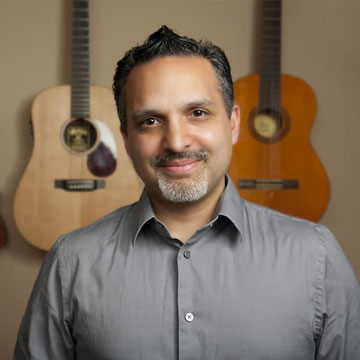 David Das is a prolific composer, music producer, and songwriter based in Los Angeles. His experience covers the range from feature films, TV shows, cartoons, commercials, trailers, and other media work, over to modern music production, choral and orchestral writing/arranging, and more. He has worked on projects for Lionsgate, 20th Century Fox, CollegeHumor, Funny or Die, DirecTV, Dreamworks, Fremantle, Intel, BBDO, HBO, PBS, TLC, Telemundo, Weight Watchers, Coca Cola, Hal Leonard, and many others. He has composed music for dozens of TV shows, scored films (such as Lionsgate’s feature thriller The Appearing and the drama Trafficked), worked on music teams (Jordan Peele's US, HBO's Allen v. Farrow, both with composer Michael Abels), and written and produced songs for numerous pop, rock, R&B, soul, and indie artists. He serves as President of the Academy of Scoring Arts, and is also involved with or has spoken on panels with the Society of Composers and Lyricists, BMI, Television Academy (Emmys), NAMM, IMSTA, and the Production Music Association.

Session: BREATHING LIFE INTO VOICES WITH THE ERIC WHITACRE CHOIR

Composing for voices is a unique challenge, and the new sounds and sensibilities that Eric Whitacre has brought to the world of choral writing have influenced music creators and performers the world over. In this presentation, David Das will explore the composing possibilities offered by Spitfire’s Eric Whitacre Choir.