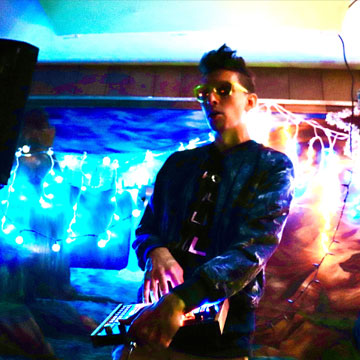 Whether using analog synths and guitars, or creating complex compositions using only a kick drum sample, the inventive and infectious grooves of Too Mere feel both familiar and fresh.

With no loyalty to any genres, Too Mere’s retro-futuristic music often draws from the danceable sounds of disco, house, funk, and indie electronic vibes while also getting a bit experimental and psychedelic.

Too Mere’s live performances are bombastic expressions of sound and dance.