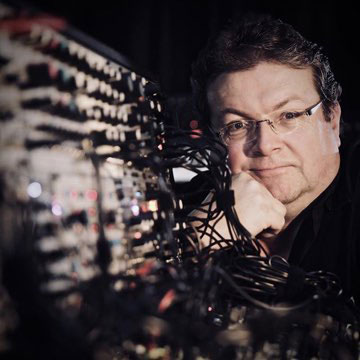 Besides being a Feature Film Director for Hollywood movies and TV shows, Roel Reine also makes electronic music. Many of his music tracks are used in the soundtrack for his movies. Besides composing, Roel Reine also performs with his Modular Eurorack Synthesizer at small venues around the world. His music style is a blend of electronic ambient and cinematic soundscapes. In 2016 Roel Reine released his first CD; Monotonic Diversity, where he explored his music style into song tracks. In 2019 Roel Reine released a complete modular composed CD album called: Modular Reflections. This is a compilation of live performances with his Eurorack Modular Synth. In 2020 a new CD “DESERTED PARTICLES” with more soundscapes and a blend of Modular and Analog synths and classical instruments and voices. In 2022 Roel released a single of one of his tracks called “Knowing Chi”, this was a dance version of one of his songs and was used in the Netflix movie: “FISTFUL OF VENGEANCE”, that Roel also directed and produced.