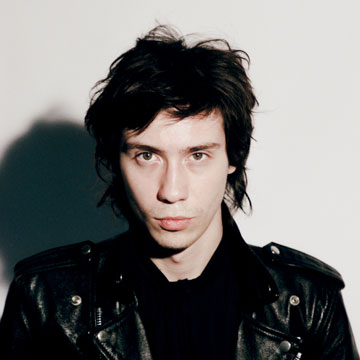 The bittersweet incandescent shimmer of The Cuckoos is deeply rooted in classic rock, dance club funk, and neo-psych art soul, earning the young Austin, Texas band a remarkable reputation in just a few short years. The swampy groove arising from the collision of New Wave romanticism, swirling experimentalism, and loud punky guitars is somehow as perfect as it was improbable, decisively demonstrated on record and stage. I Hate Love, the band’s debut album, is a musical manifesto. The 10-track outing crackles with the electricity of The Cuckoos coming into their own. I Hate Love is rooted in their primal psych-rock-post-punk soul.

“Imagine The Doors, Joy Division, and Rick James writing songs with Tame Impala and you start to get an idea of the rock and roll magic being conjured by Austin group The Cuckoos.” - Glide Magazine