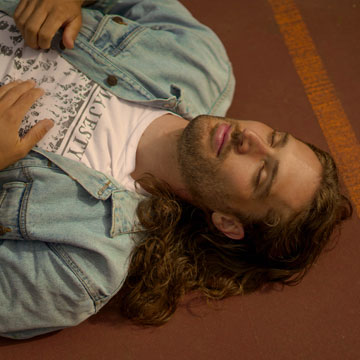 Hugo Paris draws inspiration from his small hometown in the South of France to weave finely crafted electronic music that excites the senses.

Ranging from grounding soundscapes, to dance-inducing bangers, Hugo has one mission: sharing emotions. In his hands, drum-machines meld with live percussions, tape loops and modular synthesizers to create moody textures and driving beats that uplift others.

Hugo’s albums have been released on labels such as Beacon Sound (Terry Riley, AMULETS,...) and Jacktone Records (Fact Mag top10 label of 2018). His work drew the attention of renowned press outlets such as XLR8R, Resident Advisor and Fact Mag, … propelling him into multiple tours within the US and Europe.

His passion for sound led him to work across the United States with renowned groups such as MIT, Caltech and Stanford university on Nobel Prize Winning Project aLIGO . Hugo later conceived and developed a cutting edge musical instrument with Portland OR's 4ms Company. The SWN (pronounced “Swan”) is now distributed worldwide and used by synthesizer legends such as Vangelis.

On top of writing and performing, Hugo owns a mixing studio called Tiny Crush Mixing which he leverages, alongside teaching workshops and classes, to clench his thirst for elevating others into their own creative path.

Genres: Moody and textural all the way into banger beats and percussions