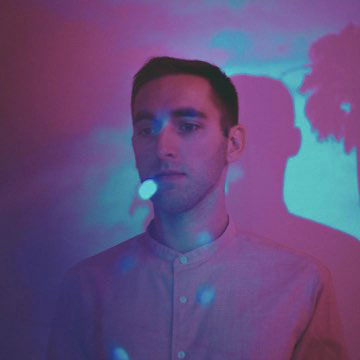 Hark Madley is the genre-agnostic exploration of sound realized by Los Angeles based producer and composer Mark Hadley. With a reverence for experimentation, Hadley uses his moniker to investigate familiar themes with alluring new sounds. After releasing his debut fiEP1fl in 2018, Hadley released a series of ambient works in 2019, followed by his debut album "The Future Is The Question!" in March 2020. The final track, "Tomato Soup," was featured in the iPhone 12 Pro product film.

After graduating from Berklee College of Music in 2011, Hadley began his career working as an assistant to a composer, contributing additional music to shows like Modern Family and Rectify, and earning an ASCAP award for his work on ABC Family™s Twisted in 2015. After scoring several short films between 2016-2019, Hadley co-composed the original score for Into The Dark: My Valentine, produced by Blumhouse and Hulu in 2020. In 2021, Hadley composed the original scores for two feature films, Double Walker and Linoleum. In addition to film scores, Hadley also composes music for commercials and trailers for major brands including Apple, NBA, Netflix, Showtime, Amazon, A24, Lexus, and more, and founded a boutique commercial music library called Repository in 2020.