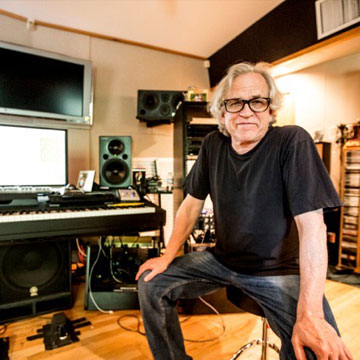 As a founding member of the Grammy-winning band Toto, songwriter/keyboardist Steve Porcaro had huge hits with "Hold the Line," "Rosanna," and “Africa.” He also co-wrote "Human Nature" on Michael Jackson's Thriller album. He recently scored the FX television show “Justified” and after releasing his first solo album, ‘Someday/Somehow’ in 2016, continued to tour with Toto on their 40th aniversary. He is now home - where he belongs - in his studio.

Session: In the studio / Synth session breakdowns with Steve Porcaro

Steve will give a fascinating rundown of how the synths were used on some of his more prominent sessions, such as Human Nature (Michael Jackson), Rosanna, Africa and much more. You won't want to miss this one!