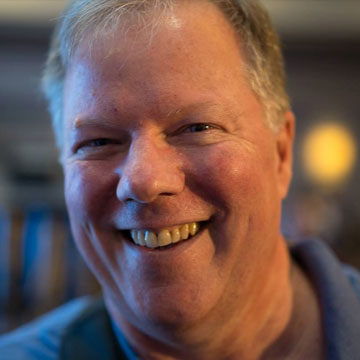 Synthesist, performer, music journalist, and author Mark Vail is thankful his mom bought a copy of The Whole Earth Catalog in 1973 because that’s where he first discovered the world of music synthesizers, from Wendy Carlos’ article.

After earning an MFA in electronic music and recording media (Mills College, 1983), Mark worked on the editorial staff at Keyboard magazine from January 1988 to April 2001. Editor-in-chief Dominic Milano gave him the Vintage Synths column in late 1989, and he wrote over 90 columns, reviewed scores of electronic music products, and interviewed many musicians and instrument developers. He's also authored three books: Vintage Synthesizers (1993, 2000), The Hammond Organ: Beauty in the B (1997, 2001), and The Synthesizer (2014).

A detailed discussion about and photos of the creation of a music-making system contained in a briefcase, ready for connection to recorders and amplifiers