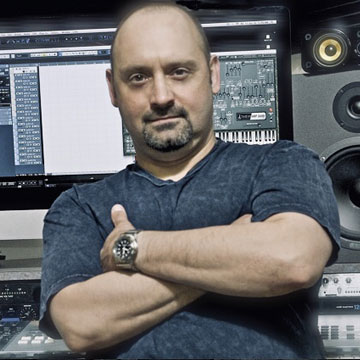 David is an Emmy-nominated and multi-award winning ﬁlm and television composer, keyboard player and synthesist.

David attended Berklee College of Music under the Chick Corea Jazz Masters Scholarship where he studied Film Scoring and Music Synthesis. He also studied at MIT Sloan School of Management with a focus on innovation. He has lectured and given masterclasses on music composition, ﬁlm scoring, advertising music and jingles, cinematic and game sound design, and synthesizer programming at Univer sities, Colleges, schools, and industry forums.

Whatever your personal tastes in music, media, entertainment or popular culture, chances are good that you’ve had at least a passing acquai ntance with the work of David.