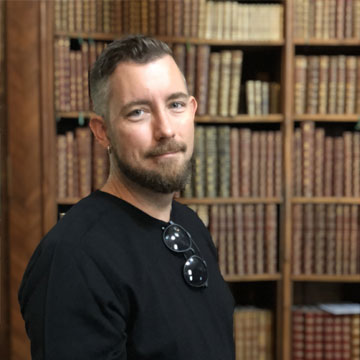 Co-host & Creator of X-Reads the Podcast

Chandler Poling is the co-host and creator of X-Reads the Podcast. Since their launch in July of 2019, X-Reads has amassed thousands of listeners worldwide who tune in to hear recaps of old issues of Uncanny X-Men and the recountings of co-hosts Chandler and Chris Riley. He is also the co-founder of White Bear PR, a public relations firm specializing in promotions Publicity for Composers, Songwriters, Music Supervisors, and Film & Music Festivals around the world. Chandler has run successful Oscar, Golden Globe, Grammy, BAFTA, and Emmy campaigns, including the history-making campaign for Hildur Gudnadóttir and her work on Joker and Chernobyl. In Los Angeles, he also DJs for the independent radio station, Dublab.

Session: How To Create a Podcast and Build Audiences

This panel will explain the process of creating a podcast from scatch and how to grow your audiences so listeners can find your unique program.