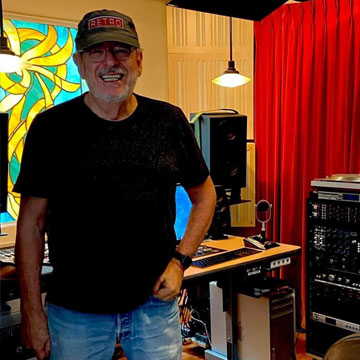 Barry mixes music in his facility called "Tones 4 $" where he also loves teaching audio engineering. He is a lifetime Grammy-voting member contributing editor for Mix Magazine, Music Connection Magazine plus many Web sites and blogs.

He has numerous NARAS Grammy nominations and participated in three Grammys, worked on over 30 RIAA-certified gold and platinum records and is a Certified Avid Pro Tools Instructor.

In college he worked full-time at various SoCal aerospace companies as a digital test technician and later as a systems test engineer.

Barry moved to West Hollywood to start at Larrabee Sound Studios around 1970. As a first engineer, he recorded and mixed his first gold record in 1972 and has been able to work as a freelance engineer ever since.

Panel Discussion: Getting The Best From Music Journalists, a moderated panel.