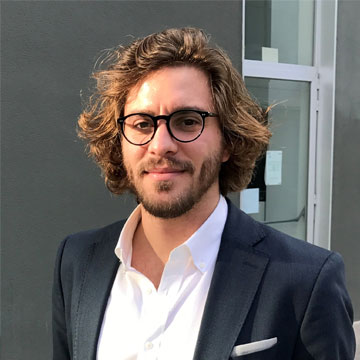 Adrien is the Co-founder & CEO of Reveel, a collaboration platform that helps music creators manage their projects and get credit for their work. By age 21, he was touring across Europe as the guitarist and manager of a Swiss Reggae Band, Najavibes. The band performed in some of Europe’s most renowned festivals, such as Montreux Jazz and Eurockéennes of Belford. He also founded the Swiss indie label & recording studio, Bridge Music, under which he has written and produced songs for reggae artists such as Beenie Man, Mark Wonder, Prince Alla and Quique Neira.

Alla and Quique Neira. After completing an MBA between ESADE Business School in Spain and UC Berkeley Haas in California, Adrien founded Reveel in order to help the millions of creatives worldwide get credit for their work. Reveel’s core mission is to shine a light on all the contributors behind a recording, ensuring they are referenced and thus paid properly. www.reveel.id

Session: Resynator: Why Your Credits Are Crucial In The Age Of Artificial Intelligence

- Evolution of credits - Why are credits suddenly crucial?
- How Streaming platforms are using credits?
- What should artist do to manage credits?