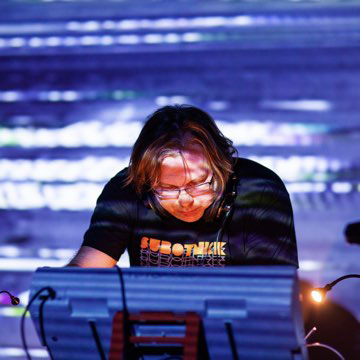 Franck Martin, born in France, draws his inspiration from the works of Jean-Michel Jarre, Vangelis, Tangerine Dream and also from various artists like Iannis Xenakis and Hughes Le Bars. His first album, released in 2016, is a timid exploration of the tools for Electronic Music Production. Some tracks are influenced by the years he spent in Fiji and in the Pacific Islands and were often composed during his travels. His more recent albums are sonic experiments using an ever evolving modular synthesizer, often recorded in live conditions. Franck Martin continues his exploration in the creation and production of electronic music, whilst meeting other fellow artists from San Francisco and the world. Lately he is exploring spatial sound with a quadraphonic modular synthesizer then rendering the result as an ambisonic 360 video or 5.1 surround sound.