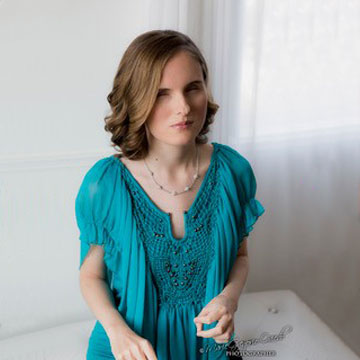 San Diego born multi-instrumentalist and composer Rachel Flowers started playing the piano when she was two years old. Labeled a prodigy, she became a student of the Southern California Conservatory of Music when she was four. Around nine, she discovered jazz and progressive rock, and at thirteen years old her classical music studies were being supplemented by private instruction in jazz improvisation from the Thelonious Monk Institute.

Now 26, Rachel has performed with Arturo Sandoval, Taylor Eigsti, Dweezil Zappa, Robert Berry, and Saga vocalist Michael Sadler, among others. Her travels have taken her across the United States and into Europe, and she has been a guest performer at the Havana Jazz Festival.

With her background in classical, jazz, and rock, Rachel has developed a beautiful and unique style. She has released two solo albums of her original music, "Listen," and "Going Somewhere." Her third album, "Bigger on the Inside," is scheduled for release in mid-2020.