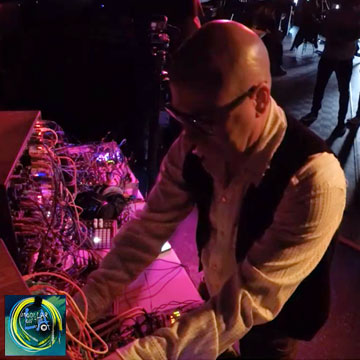 Hailed from Fremont CA, Damon's interest in music began in 1979. At the age of 10, his fascination with early Punk, Post Punk, and Prog Rock inspired Damon to take up the synthesizer. He became a self-taught keyboardist using an old upright piano and a vintage Casio keyboard. In 1982, at the age of 14, Damon got his first synthesizer, a SCI Pro-1.

From 1988-2013 Damon toured and recorded professionally notably under Island Records with Fungo Mungo, from 1988-1997 and 2010-2013; and dark wave indie rock group, Oslo from 2003-2008; and Avian Recording artists Looner 2008 to the present. With Looner, Damon does multiple mediums including movie soundtracks, production of other artists, and theater work notably Fight Club Live, as well as original music and live performances.

In 2015 Damon started his solo performances as OSC1 Nation performing all over California, and becomes a small fixture in the Los Angeles electronic music community by curating electronic music events, giving exposure to veterans and up and coming artists. In 2017 he was one of the handpicked artists to continue to curate, host, and organize Modular On The Spot Los Angeles alongside of POB, c1t1zen, Pablo Perez, Sky King, omiindustriies, and Mike Dobler keeping up an almost 5 year institution. MOTS is now spreading across the country and beyond.