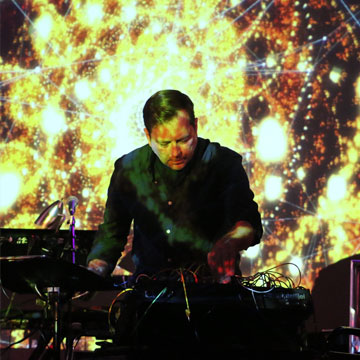 Also known as Dreamhub, Kim has played at numerous music festivals, including Different Skies, Mountain Skies, Karelian Skies, Strøm, and Samsara, and his soundscapes have been used in Danish films. He initiated two Moment of Peace concerts in Iceland, has performed with thereminist Dorit Chrysler, and Desmond Tutu, among others. And in the mighty kingdom of Denmark at least, his monthly three-hour chillout live sets at the Cathedral of Copenhagen are legendary.