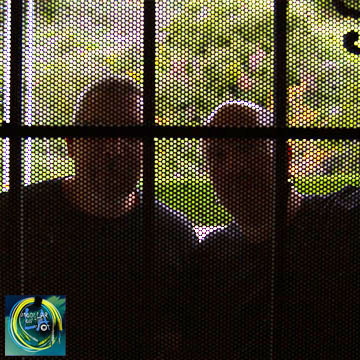 June Water is the San Diego-based musical partnership of two life-long musicians with a taste for genre-bending and alternative soundscapes. Johno Wells is a filmmaker, graphic and sound-designer, and self-produced electronic artist who has independently released several diverse, immersive electronic albums. Matthew Stewart is a recording artist on Spotted Peccary Records who delves frequently into singer/songwriter territory and has played numerous instruments in a broad spectrum of local San Diego bands. The duo first met in 1999, when Matthew was looking for a graphic designer to help with his first independent release. Johno and Matthew's friendship grew over their shared affinity for synth textures and bands. But it was Johno's chance encounter with Eurorack synthesis that first lit the fire of collaboration. It became a mutual journey: the marriage of Johno's experimental flair and Matthew's more traditional songwriting experiences made for a sound that neither of them could find alone. They discovered a community of Eurorack artists in southern California that provided both inspiration and great encouragement, and through that support and dialog, ultimately found themselves as the new show-runners of the San Diego Modular On The Spot (MOTS) shows in San Diego. They are both excited to be part of the modular synth fellowship, and are currently working on their first release. Johno created and runs Dotwave, a podcast that highlights todays most genre-defying musicians and makers.