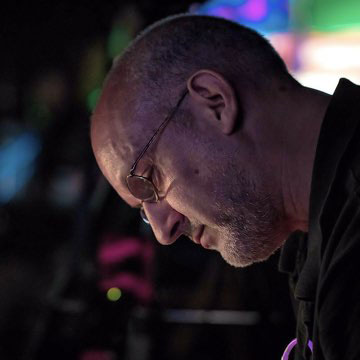 Commonly referred to by his initials with his stylized JLR logo being more recognizable than his face, John L Rice has been around longer than modular synths have existed but over the last 11 years he's maintained a somewhat obsessive level of involvement with 5U and Eurorack, posting hundreds of gear demos/tests/musical experiments to YouTube and Instagram and making tens of thousands of posts to Muff's modular synth forum, in addition to occasionally performing at local modular synth shows such as The Tacoma Noise Rodeo, Seattle MOTS, and Modular Nights.

John officially began his musical journey in the 5th grade with piano lessons then switched to drums in 7th grade through a year and a half of college. That whole time he was dabbling with electronics though, from a Radio Shack "Learn Electronics" trainer, to building Heathkit Ham radios, to DIYing audio circuits found in magazines, to eventually building a PAiA modular synth. When not working with synths, John could usually be found playing drums in prog rock bands.

A great way to get to know John is to listen to this Podular Modcast episode #40.