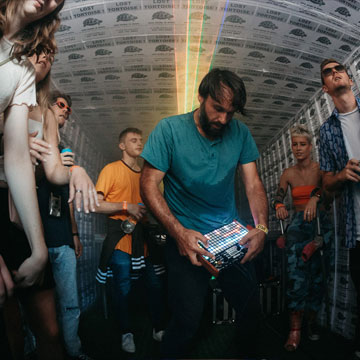 Performing original, experimental house and techno, live, on hardware held in his hands, often in the middle of the audience, Ian Jorg’s singular performance has been lighting up dance-floors (literally) around the world.

Preferring to only play live and not record any music, never playing a song the same way twice, Ian has spent the best part of 2018 and 2019 touring through China, Japan, Germany, Australia, The United States, Greece and his home of New Zealand. In 2020 he'll be performing in at least twenty different countries.