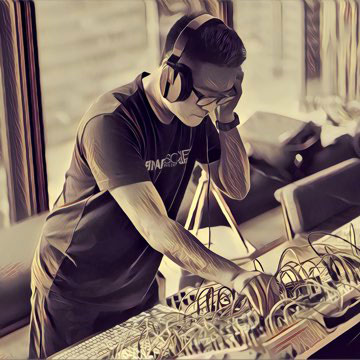 Distortion Corporation aka Danny Kim is a multimedia artist and performer. Danny is a professional sound designer with over 50 feature film credits. He is the founder of Binary Society, a modular event series based in Silicon Valley and the Editor-in-Chief of Open Source, a print-only journal of synth culture, visual art and music technology which was was released worldwide in March of 2019. As a classically-trained cellist and tech house DJ, Danny has been influenced by a wide range of styles from industrial, electro, classical Indian music, and Detroit techno. Danny will also incorporates live laser synthesized visuals into his performance at Synthplex 2020.